The Re-development of the Kay Picture Test

In a comprehensive research study carried out by Liverpool University Directorate of Orthoptics and Vision Science and a number of clinical orthoptic departments across the UK and The Retina Foundation of the Southwest, USA, the Kay Picture Test was shown to be valid and repeatable within the limits of current gold standards with high testability.1,2

The chosen pictures were shown to be most easily recognised by a group of 420 children, including 33 non-English speakers and 53 with developmental delay.

The visual acuities of 50 subjects were compared using 25 new Pictures, Landolt C and ETDRS in two phases. The six pictures chosen where those to have consistent legibility (see table below).

There was low test retest variability on 100 subjects, comparable to published values for other tests. Paired t-test analysis demonstrated no significant difference between test one and test two in either ETDRS (p=0.1) or Kay Pictures (p=0.1). The mean bias for both tests was 0.01 logMAR with similar limits of agreement. 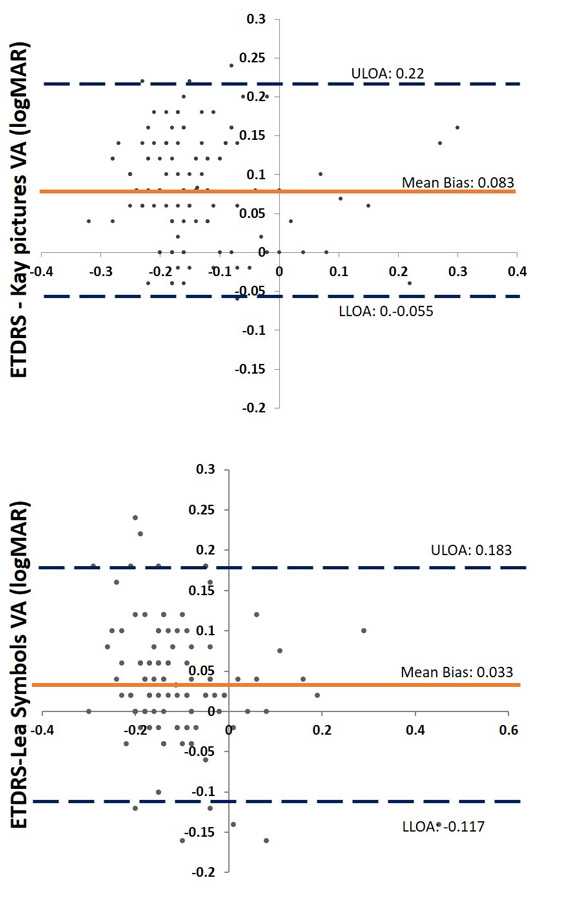 The single crowded optotype design not only produces a reliable VA assessment, but allows the introduction of the crowding phenomenon to a younger age group with picture optotypes that are of equal resolution acuity and recognition for the targeted age group.

For more details on the published research behind the redevelopment of our optotypes, please read the article on BIOJ > 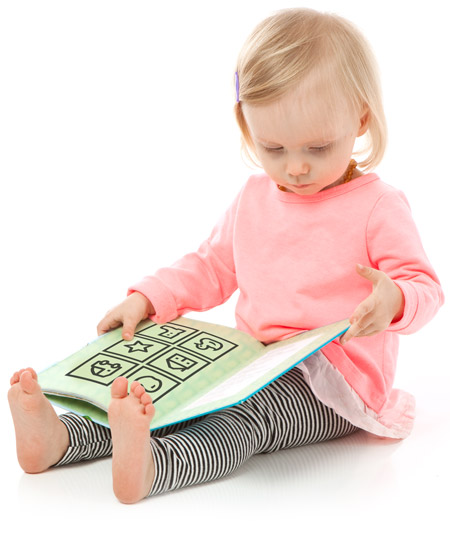 The paper by Anna O’Connor and Ashli Milling provides visual acuity norms for children with no ocular abnormality or known development delay between 20 and 57 months.

The results show a high monocular testability rate of over 74% from 2 years, rising to 95% by three years of age. Several children under 2 years were tested, but only one cooperated with monocular testing under research conditions.

There was no difference between right and left acuities at all ages, and a small, but statistically significant increase in acuity occurred with age.

Comparisons with previously published norms of HOTV and Lea Symbols show that those tested with the Kay Picture Test have more consistent mean visual acuity scores across all ages and less variability in acuities (numerically lower standard deviations).

The mean VAs and 95% confidence intervals for each age using the Kay Picture Test show a narrow confidence range, similar to those in a large HOTV study.3

The Lower Limit figure (2 standard deviations below the mean) is used as a guide to the lowest visual acuity level expected as normal result for any test and age group. The Kay Picture Test shows a lower limit increase with age from 0.24 at two years to 0.17 at five years, compared with 0.51 to 0.20 for HOTV for the same age range, and 0.46 at three years to 0.36 at five years for Lea Symbols.

Our range of Kay Picture Vision Tests, click below to learn more 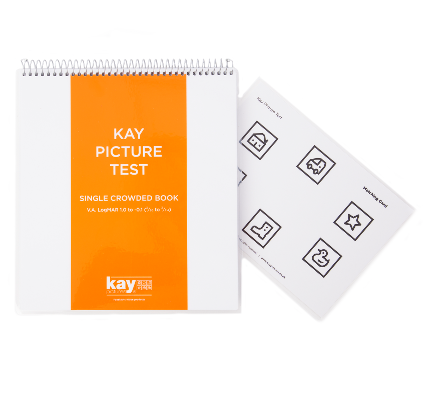 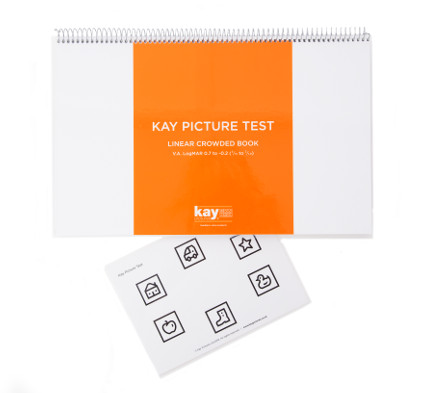 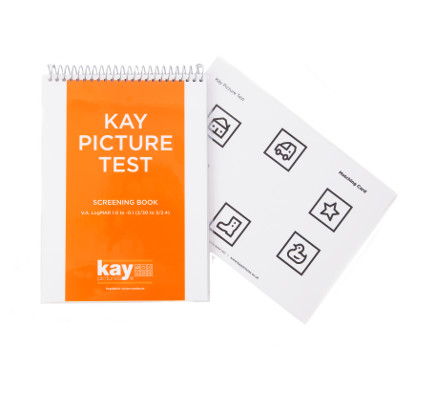 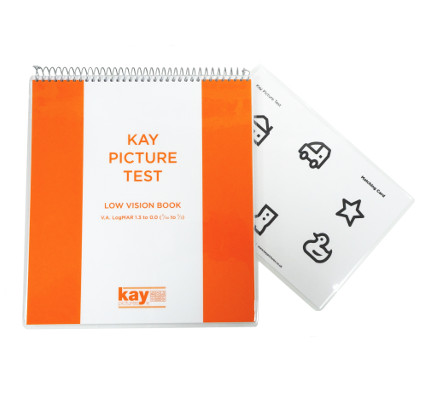 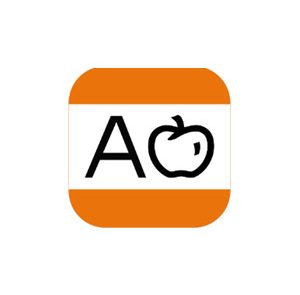