These six letters were chosen from the 10 ETDRS letters as being suitable for testing younger children, as these letters are unlikely to be confused when their names and phonetic sounds are interchanged.

In addition, each letter has at least one other with a similar shape that requires clear vision to discriminate between them. The book format, LogMAR and Snellen information remains the same, but the acuity sizing has been extended to – 0.2 LogMAR to ensure that full threshold acuities can be measured. 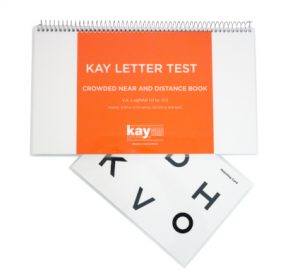 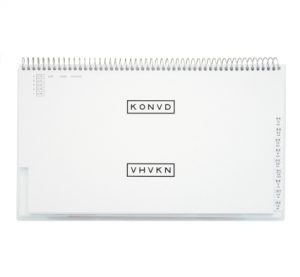 We still stock the original Kay Letter Test, which you can order at a 25% reduced price in our Special Offers section.